Feidman began his career in Buenos Aires as a member of the Teatro Colón Symphony Orchestra. Two years later he immigrated to Israel to become the youngest clarinetist ever to play with the Israel Philharmonic Orchestra. He was a member of the orchestra for over 20 years.[2] In the early 1970s he began his solo career. He has performed with the Berliner Symphoniker, the Kronos Quartet, the Polish Chamber Philarmonic, the Munich Chamber Philarmonic Orchestra, and the Munich Radio Orchestra. In 1974 the Israeli Philharmonic Orchestra commissioned composer Misha Segal to write a concerto for clarinet and orchestra for Giora Feidman. The one movement piece, which was based on an original Nigun, premiered that same year.

I met Giora for ZEITmagazin in the Luxery Hotel Bayerischer Hof in Munich. The icture were taken in his suite. 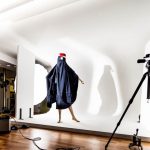 Welcome to STUDIO MUNICH SOUTH and the new NIMMESGERN webpage!PEOPLE & PORTRAIT, SOME STUFF 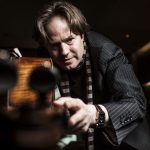